Block P consists of the Venus Production and Development Area and the Block P Exploration area. A plan of development to begin a drilling campaign on the Venus PDA is in progress. 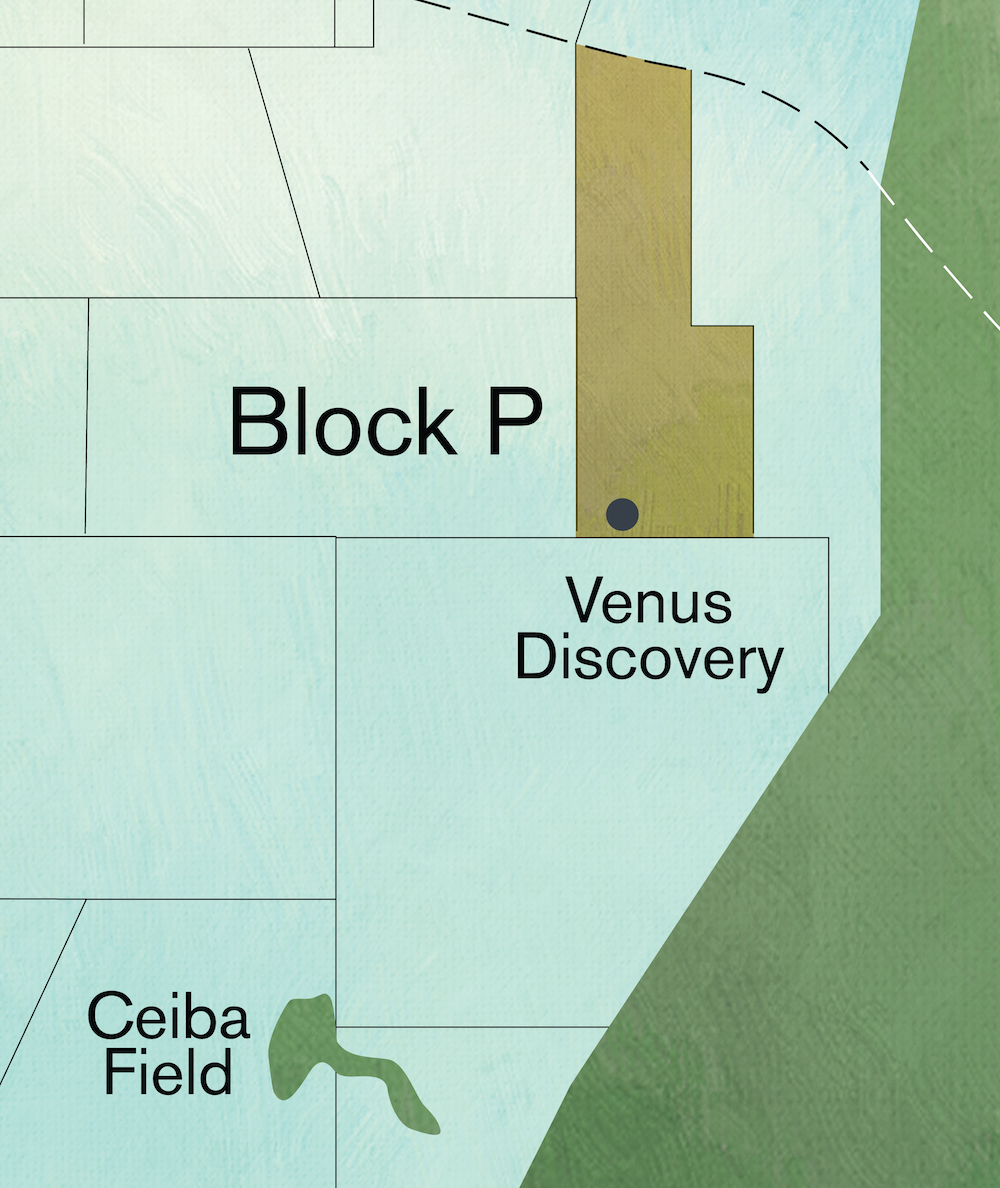 Block P covers an area of 1,253 square kilometers in the Rio Muni basin, in close proximity to Equatorial Guinea’s mainland. The Venus discovery was made in 2005 by Devon Energy. The PDA also contains a number of exploration prospects, chiefly the SW Grande Prospect and the Marte Prospect, each of which has the potential to substantially add to the area’s reserves. GEPetrol purchased Devon’s Equatoguinean assets in 2008 and became operator of Block P. In November 2012, block partner Petronas Carigali sold its 31 percent share in Block P to Vaalco Energy. Vaalco is in the process of being approved as technical operator and preparing a plan of development for the Venus PDA. The POD will have a minimum of two-well exploration campaign. Drilling targets will be the SW Grande and Marte prospects.

Located approximately 50 km to the south of Block P are the Hess operated Ceiba and Okume fields. The sand reservoirs in the Venus Field in Block P have been identified and verified as the same type as these other Rio Muni discoveries. These fields have proven reserves of around 500 million barrels of oil. The reserves of the Venus field are estimated to contain between 15 and 30 million gross recoverable barrels of oil.