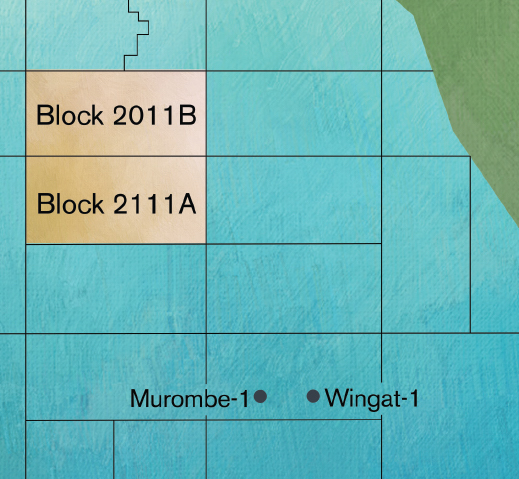 Oranto welcomes the participation of farm-in partners to assist the company in exploring these two attractive offshore blocks. The combined area of the undrilled acreage measures more than 11,000 km2. While just less than 20 percent of the area is covered by 3D data, initial estimates reveal the presence of large structures and compelling stratigraphic trends in the Cretaceous sections. So far, four main prospects have been identified, resulting in a gross unrisked prospective resource estimate of 2.5 billion barrels of oil equivalent. Oranto acquired the Ondjou blocks in October 2011 with an initial exploration period of four years and two renewal periods of two years for both licenses. The exploration program requires the drilling of one well for each renewal period. A 2D seismic survey spanning a small portion of the area had revealed the presence of the giant Ondjou complex. A subsequent 3D survey confirmed the presence of this and other large undrilled structures.

Fewer than 20 wells have been drilled offshore Namibia and outcomes have been mixed. The results of the HRT Wingat-1, however, point to a working petroleum system. At Ondjou mapping indicates potential in the Albian and Turonian interval. Two main structural closures have been confirmed, with a potential pay zone at several levels of the Cretaceous. Additional mapping has identified a closure present throughout the Cretaceous section and four reservoir levels. A notional well location concludes one well will be sufficient to test all closures. But it is recognized that due to lack of well control, the age of the stratigraphic zones is uncertain. An exploration well will be drilled in 2017 in the adjacent block to the east operated by Tullow Oil.