Oranto Petroleum is seeking one or more partners to assist in exploring these two deepwater blocks in Benin. 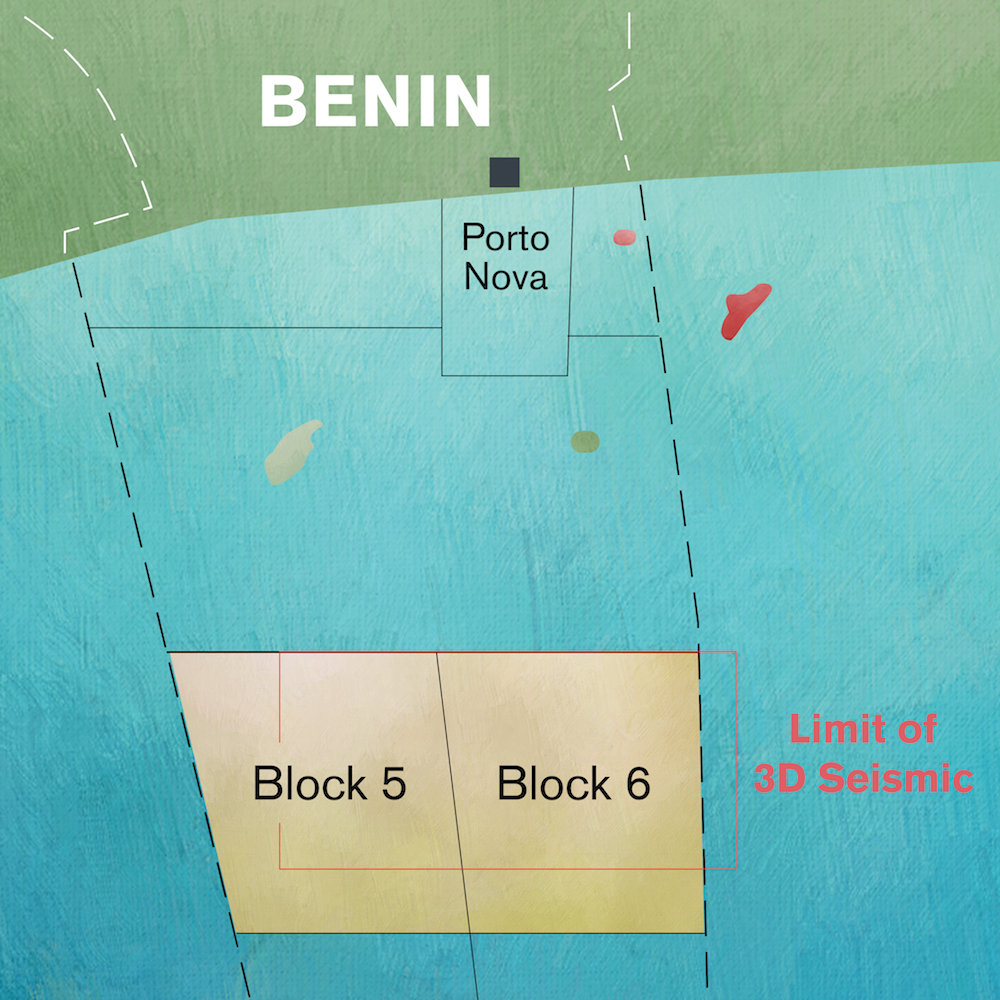 A prospect inventory of these offshore areas has yielded a gross unrisked prospective resource estimate of more than 5 billion barrels of oil from 17 leads. The combined oil in place is estimated at more than 22 billion barrels of oil. Oranto was awarded Block 5 in October 2010 and Block 6 in December 2009, both with an initial exploration period of three years and both with one well drilling commitment. The licenses are located in waters ranging from 3,000 to 3,500 meters. The area had received little exploration attention except for a patch of 2D seismic data acquired by TGS in 2004. In 2011, Oranto hired TGS to acquire 3D seismic data over both blocks, spanning a maritime area of 4,080 square km. Following seismic processing and a complete AVO analysis, Oranto fulfilled its seismic commitments for both blocks. Oranto was also exploring offshore Block 8 before relinquishing it in April 2010.

Until Oranto acquired the deepwater blocks, Benin’s exploration history had been confined to shallow water areas with limited resource potential. Three small discoveries – Seme, Fifa and Hihon – were made in small Cretaceous structures. This highlighted the potential presence of oil-bearing structures from the mid-Cretaceous Albian to Turonian zones. Oranto’s primary exploration target will be this Cretaceous deepwater clastic petroleum system along the West African Transform margin. Until now, the Jubilee discoveries in Ghana have been the most prolific, but the margin has been shown to extend far into Côte d’Ivoire, Sierra Leone and Liberia. Data analysis has yielded as many as 17 significant prospects in the Cretaceous and Tertiary zones. The most exciting of theses are the Flamingo and Jabiru prospects, with prospective resources in excess of 300 million barrels.