After completing phase 1 of the PSC and identifying the highly prospective Aleta prospect, Atlas seeks a partner to drill Block H. 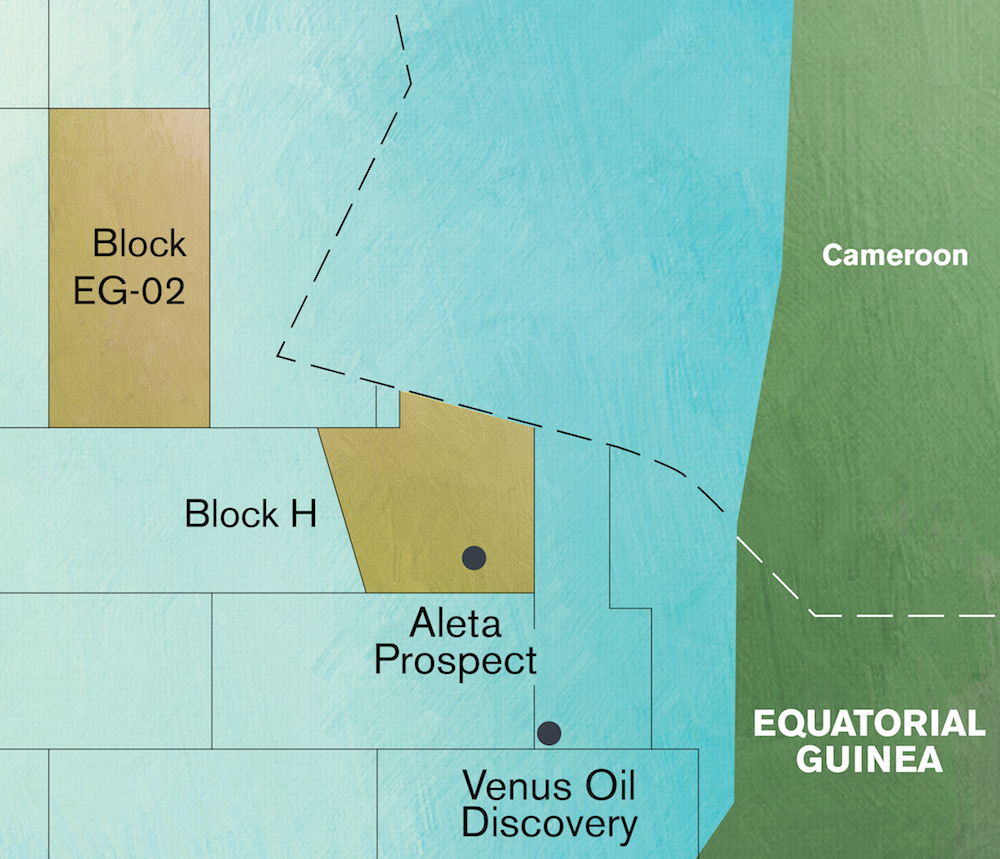 In 2004, farm-in partner Roc Oil completed a 1,403 square kilometre 3D seismic survey of Block H and drilled the Bravo-1 well. The well reached a target depth of 3,200 metres and showed good sand quality in the Oligo-Micocene but was isolated from the underlying Cretaceous petroleum system. In 2012, White Rose farmed-in to the block but had to exit soon after due to internal corporate reasons. Over this period the remaining partners, Roc Oil and PA Resources, revised their strategies and gave over their interest in the block to Atlas Petroleum. Atlas becoming the sole stakeholder of the block allows for more flexibility of farm-in arrangements for the next phase of exploration.

Extensive 3D seismic studies of the Block have shown characteristics that bear similarities to several producing reservoirs in the area, specifically the Okume and Ceiba fields lying approximately 50 km to the south. The Aleta prospect is considered to have a major reserve potential in the primary target reservoir, with a series of follow-on prospects and leads through the block. Prospective mean resources are estimated at 542 million barrels of oil. Given that the PSC was awarded in 2000, it benefits from more favourable fiscal terms than are available for newer PSCs. The earlier licensing terms means a low carried interest from national oil company GEPetrol of 5 percent, lower income tax rates of 25 percent, high cost recovery of 60 percent and higher profit oil splits to the contractor than current PSCs.