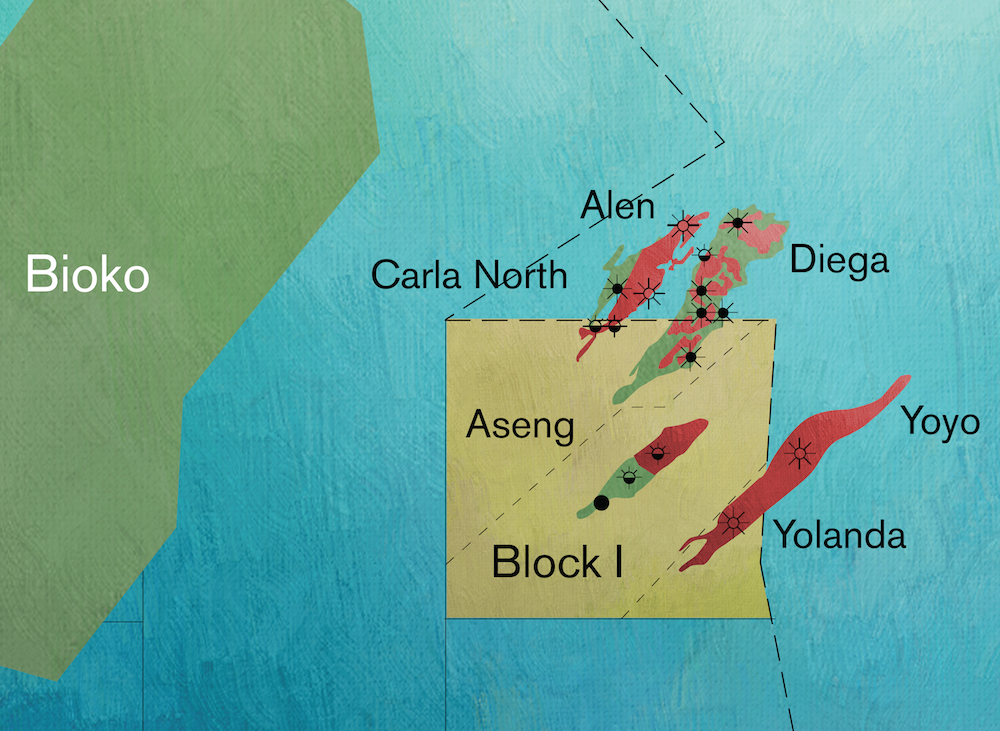 Atlas Petroleum International was awarded the licence for Block I in 2000. The block is located offshore Bioko Island and covers an area of 806 km2, with the first find taking place in 2007 – the Aseng oil and gas condensate field at a water depth of 945 meters. After two further appraisal wells were drilled, the field was brought online in November 2011. The Aseng development consists of five subsea wells connected to the Aseng floating production, storage, and offloading vessel (FPSO). Oil is stored on the FPSO vessel while the separated gas and water are reinjected to maintain pressure in the reservoir. Plans are underway to connect associated gas to onshore infrastructure when the oil recovery pressure maintenance phase is completed. Subsequent discoveries in Block I include the Yolanda gas condensate field and the Diega oil and gas condensate field, together an extension of the Alen gas condensate field in block O.

The Diega prospect was discovered in the second quarter of 2010 with the I-8 well encountering 12 meters vertical thickness of good quality oil pay. The additional horizontal sidetrack well I-8ST drilled some 400 meters of oil pay of similarly good quality and was tested for one month at constrained rates up to approximately 7,300 bopd. The results formed the basis for a development plan for Diega in 2014. Production will be tied back to the Aseng FPSO.