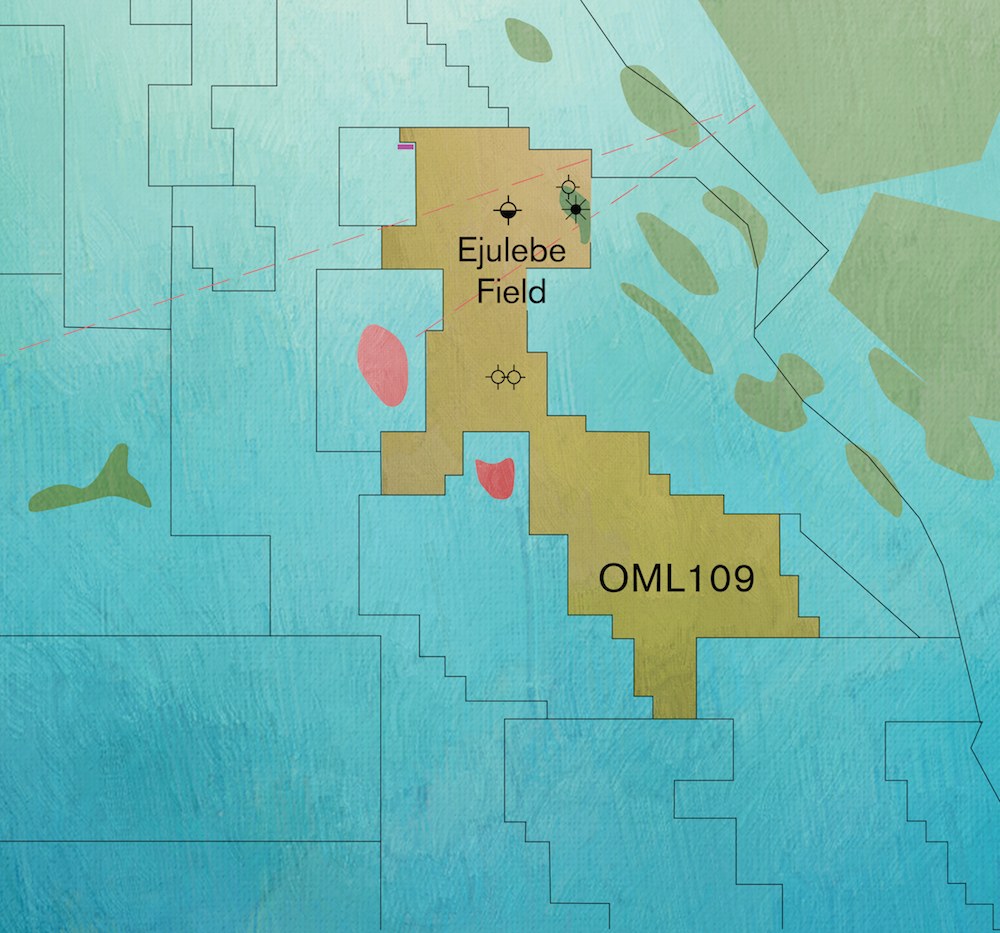 Atlas began producing oil at the Ejulebe field in OML 109 in 1998. With six wells drilled and over 55 percent of the block area not covered by 3D seismic data, Atlas is seeking a farm-in partner to explore and develop prospects outside of the Ejulebe Oilfield Area. The license for OML 109 can be extended beyond its initial 20-year period to 2026 and beyond. The block lies alongside legacy oil producers such as Okan, Meji, Delta and Delta South and contains 12 prospects and 5 leads that comprise 366 mmbbl oil and liquids 2P reserves, and 2 tcf of 2P gas reserves, all located in conventional Niger Delta structural traps. Tuna South is the largest recognized oil prospect, containing 2P oil reserves of 114 mmbbl.

Atlas has acquired 334 square kilometers of 3D seismic data for Ejulebe and the Ekura prospect, and has procured 3D data from older surveys, along with a regional grid of 2D data. A technical evaluation of the block containing this information has recently been compiled by Panterra Geoconsultants and is available in the dataroom. A key uncertainty noted in the evaluation is the hydrocarbon phase of the known prospects. Within 3 km of the block’s production platform, two adjacent fault segments could be could be larger than the Ejulebe field, and could be tied in to existing infrastructure if brought to production. The Ejulebe SW closure is mapped on 3D data and is expected to contain reservoirs at the same levels as Ejulebe, containing a combined resource of 35 mmbbl at four zones. Ejulebe WSW is similar to its neighbouring fault block Ejulebe SW, and is likely to have two effective reservoir zones containing 17 mmbbl combined resources.