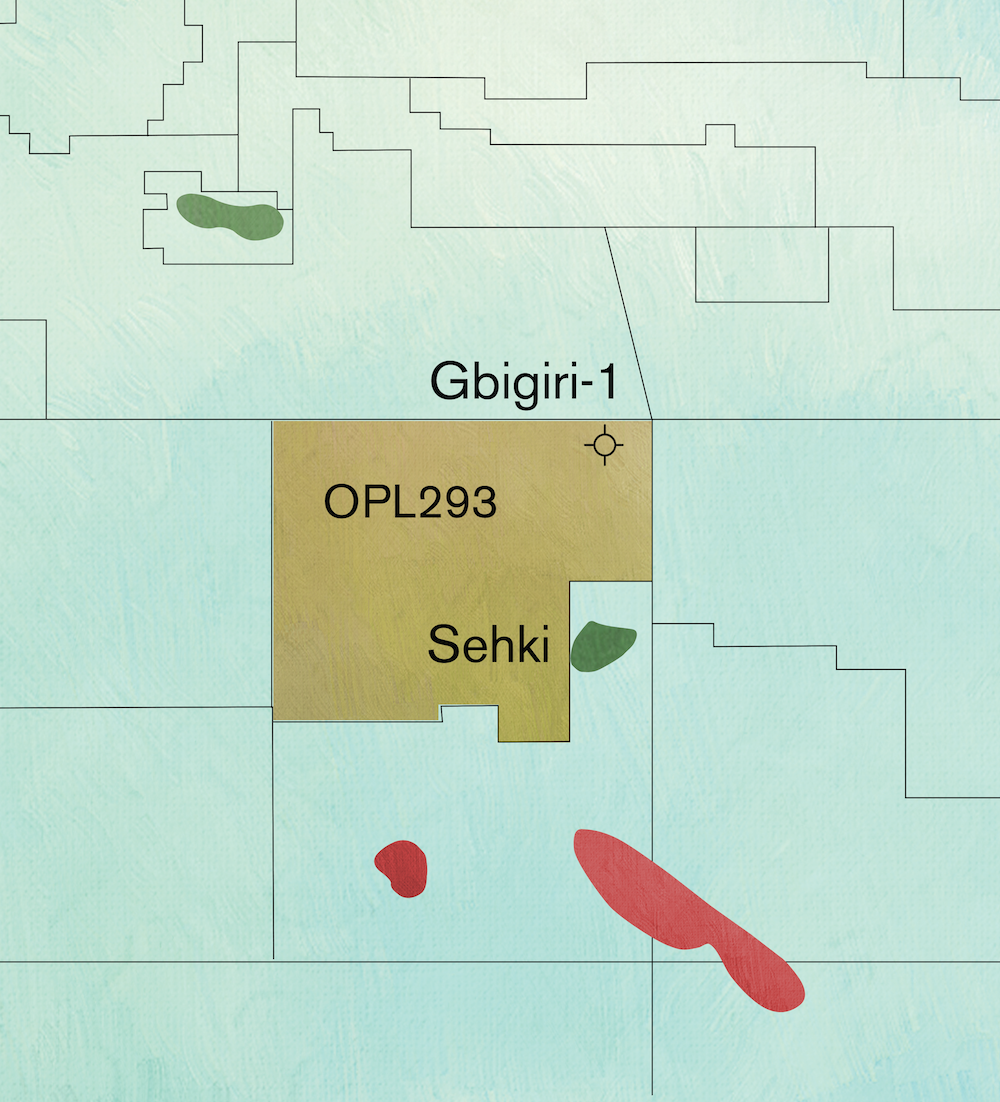 Oranto was awarded OPL 293 in the 2007 bidding round. The company is currently seeking a technical partner to farm into the block. The PSC is signed and initial signature bonus paid. The adjacent license operated by Statoil OPL 129 contains the 1999 Nnwa gas discovery, as well as the Sehki oilfield (discovered in 1997) and the Bilah gas/condensate field (discovered in 2000). To the east, the Nnwa formation extends into Shell’s OML 219 as Doro. To the west, Nigeria’s second major deepwater discovery, Agbami, straddles OML 127 and 128. The OPL 293 exploration acreage is in water depths of 200 meters to 1,000 meters, and much of the block is covered by two 3D seismic data surveys.

Three distinct leads have been identified: SW Diapir, South Central and Sehki West. The SW Diapir and South Central leads display high amplitudes over 200 milliseconds gross interval at 500-1,000 and over 2,000 milliseconds (respectively) below the mud line. SW Diapir covers around 7 km2, and its mid case reserves potential is 398 bcf non-associated gas, along with 271 bcf associated gas and 66 mmbbl oil. South Central covers over 5 km2 and could contain 321 bcf non-associated gas with 104 mmbbl oil. Sehki West has a mid-case reserves potential of 30 bcf non-associated gas and 13 mmbbl oil. Three striking untested amplitude supported leads exist in the northern portion of calibrated by the on-block Gbigiri-1 well control. Oranto and a farm in partner will look to further explore the acreage, and to appraise and develop OPL 293’s significant leads.