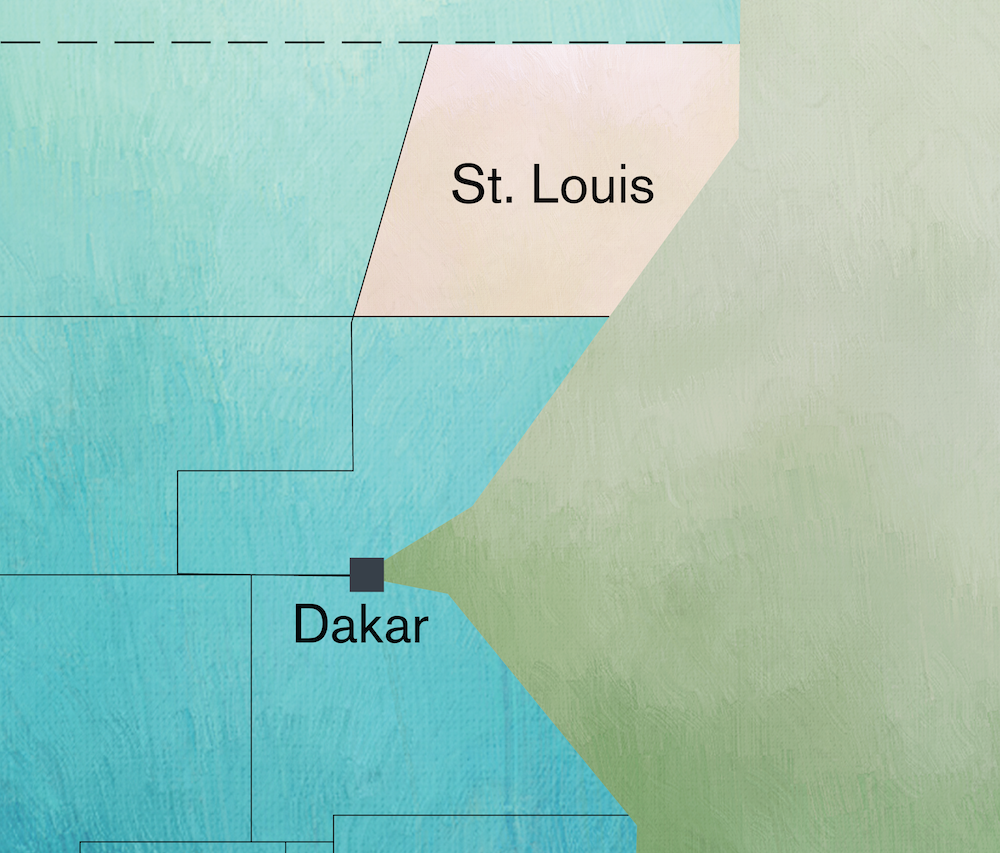 Oranto Petroleum recently began its exploration campaign of the St. Louis Shallow block. Situated in what is now a regional hotspot, the block is located east of Kosmos’ St. Louis Profond with its Guembel-1 discovery and north east of Cairn’s FAN and SNE discoveries in the Rufisque block. To the south is Oranto’s Cayar Shallow block. Under the 2015 PSC, Oranto has a work program consisting of an 8-year exploration phase in three parts: An initial phase where 1,500 square kilometer seismic may be acquired, a first extension where a first well must be drilled and 25 percent of the block relinquished, and a second extension with the same conditions. The wells must be drilled at minimum depth 2,000 meters. A previous well, Cayar-1, was drilled on the block by Shell in 1977.

St. Louis has two main four-way closures, Fish Eagle and Vulture, containing prospective resources of 100-200 million barrels of oil. A third closure, Gainde, is located to the south. Oranto believes that geological conditions in the block are analagous with the Guyana Basin, in that oil has been generated from a mature outboard source rock and has migrated 150 km updip onto the shelf. This interpretation is backed up by mapping from Shell and Tullow, previous licence holders. Kosmos’ drilling program to the north will likely contribute to further proving the validity of this petroleum system. Any new 3D seismic program can fully cover the Vulture and Fish Eagle prospects, and Oranto may be able to tie this into a pre-existing 500 square kilometer survey to the far north. The operator may choose to undertake a larger 3D survey than the minimum, covering 2,650 square kilometers.